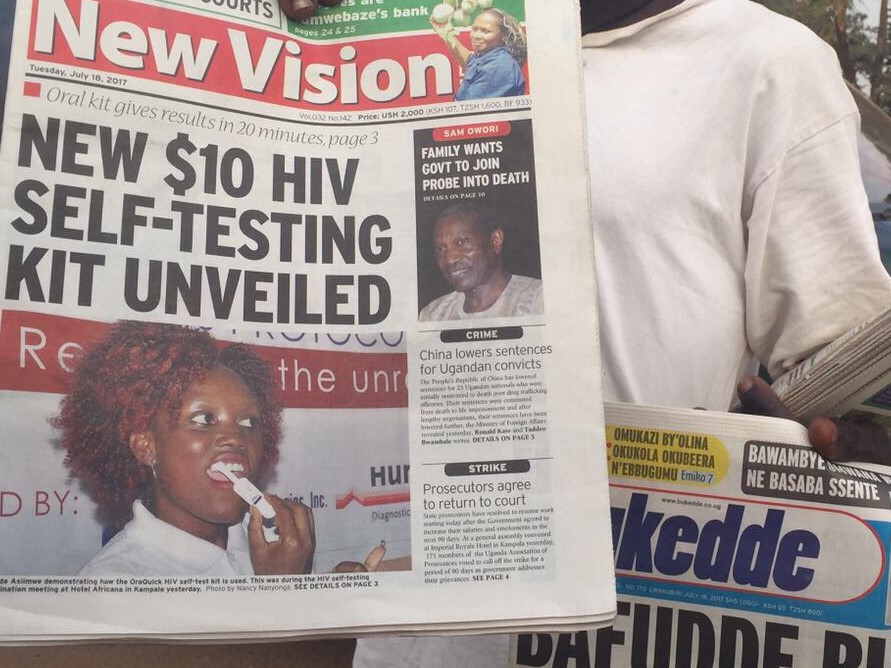 The last few weeks have been a bit of a whirlwind. What I know is that HIV self-testing has finally made it. At this year’s International AIDS Society (IAS) Conference on HIV Science there were an array of posters, oral abstract presentations and satellite sessions on research related to HIV self-testing. Multiple high-level representatives from governments such as South Africa, and organisations such as WHO, Global Fund and Unitaid cited HIV self-testing as key to reaching the first 90 of the UNAIDS target: 90 per cent of people living with HIV knowing their status (tested and diagnosed).

But the number of studies and visibility isn’t the whole story. After the first HIV self-test was approved for use in the United States in 2012, there was a lot of scepticism about its acceptability, usability and safety in places like sub-Saharan Africa. But countries like Kenya were interested in finding out whether HIV self-tests could help improve HIV testing coverage—get more people to test. So, 3ie funded formative research to assess how best to do that in Kenya. Then, 3ie funded three pilots and their rapid impact evaluations to determine whether offering HIV self-tests to partners of pregnant and post-partum women, and to truck drivers, could get more of them to test for HIV.

A big leap came in December 2016 when WHO released guidelines on HIV self-testing, recommending that it be added as an HIV testing approach. Their guidance was based on a systematic review that cited two of the 3ie-funded studies, the only impact evaluations in the review that were done in a low- or middle-income country. The WHO prequalified its first HIV self-test kit just before the IAS conference in July 2017 and the Global Fund’s Expert Review Panel qualified three HIV self-testing products for use with Global Fund or Unitaid funds, earlier this year.

Just before the IAS conference, I attended events in Uganda and in Zambia to share the results of 3ie-funded impact evaluations. The events were inspiring—the number of people attending, the interest, and the promising results of studies were impressive. About 230 people attended the event in Uganda, and a similar number in Zambia. Both events were hosted by the Ministries of Health and were attended by government officials at different levels – from the headquarters down through district health officers, civil society stakeholders and implementers who would potentially be providing test kits or serving the people who used them.

These events would not have been the same if it were not for several converging elements. 3ie has worked closely with government ministries and AIDS and STI control programmes, in Kenya first, and then in Zambia and Uganda. We have pushed our grantees to make plans on how they will engage with policymakers and other stakeholders in an on-going way. This was meant to ensure that once the studies were done, the key stakeholders would be interested in and ready for their results.

The 3ie-supported formative research studies have contributed to the global perception that HIV self-testing could be a viable way of reaching the hardest to reach, and that even poorly educated and illiterate people, could perform an HIV test themselves and get accurate results. The studies 3ie funded showed that nearly everyone wanted to use a self-test, that it was accurate, and that multiple distribution methods could be feasible, including picking up kits from a health care provider.

The emerging evidence has sparked new interest in global leaders in the US President’s Emergency Plan for AIDS Relief (PEPFAR), WHO, World Bank, UNAIDS, Global Fund, Unitaid, as well as country governments. Virtually every country receiving funding from PEPFAR or Global Fund has included HIV self-testing in their upcoming strategies. These countries are now looking for guidance on how to roll out HIV self-testing in their countries. For example, after the Zambia event to share study results, the WHO country representative asked me about 3ie’s satellite session at the IAS conference in Paris because he wanted to learn more about the studies in Uganda and Kenya, in order to inform the strategy in Zambia. The 3ie-supported studies clearly provide valuable evidence on what works, why, how, for whom, and at what cost. This is the sort of evidence that technical working groups drafting guidelines need.

Why early and on-going engagement with stakeholders matters

While timing is everything, the evidence that 3ie is funding is also relevant. Our stakeholders are interested in the evidence because we have been engaging with them from the inception of these studies. Our self-testing programme has been influential in several ways. When we launched the self-testing programme in Uganda, we started with a “matchmaking event”—an event that brought together international researchers, local researchers and implementers. The objective of the event was to facilitate the matching of researchers and implementers so they can submit stronger joint proposals for pilot programmes and their impact evaluations. This time an added benefit was that some of the participants that didn’t receive the 3ie grant still went on to carry out a study outside of the 3ie grants programme, funded by the government of Uganda.

The broad assembly of policymakers and other stakeholders at events in Uganda and Zambia demonstrates the work that 3ie has put into collaboration, facilitation, and engagement. There was overwhelming agreement that HIV self-testing has the potential to revolutionise HIV testing. In both countries, policymakers are ready to move forward and design strategies to roll out HIV self-testing more widely. Moving from hesitation and formative research to planning scale up, within three to four years, is not just the result of good research. It is the result of stakeholder engagement and rigorous evidence that answers the questions that are being asked.

I came away from the dissemination events and IAS conference feeling confident that we are moving in the right direction. I was also energised to know that decision makers are looking to 3ie and to our research teams to provide them with guidance. The more interested they are in getting answers through rigorous research studies, the more evidence will be used to inform decisions. There are still questions about programmes and policies that need rigorous answers that can be provided by impact evaluations. Continuing to fund these studies, and doing so in ways that promote stakeholder engagement throughout the process, is critical for enabling evidence-informed decision-making. 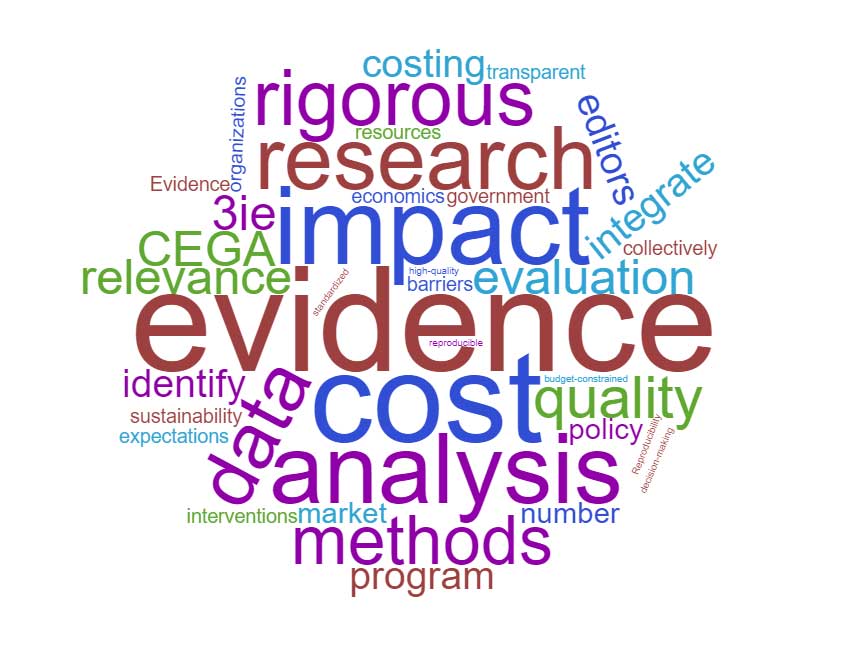 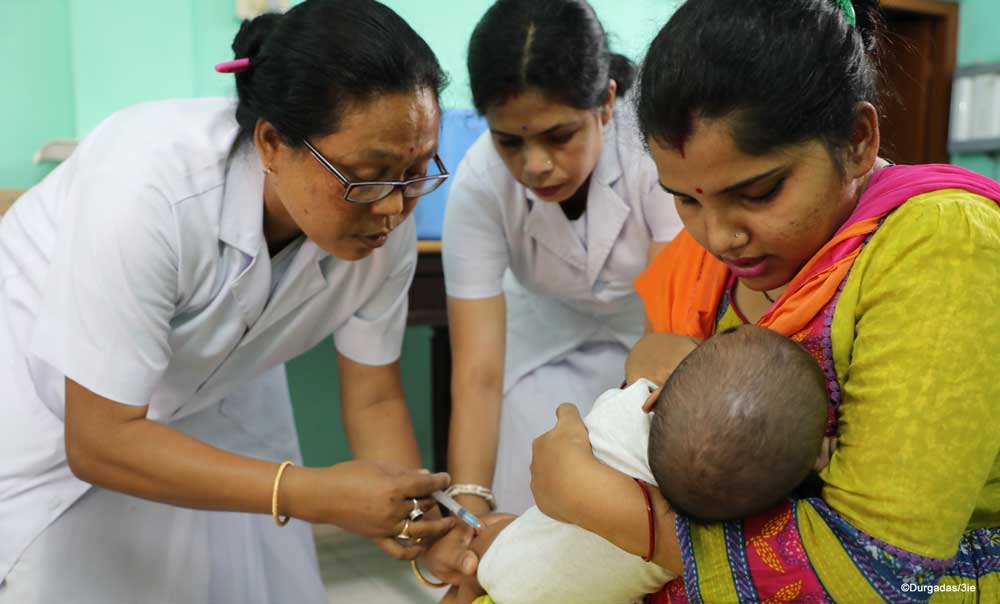 A shot in the arm: why engaging with a range of stakeholders matters 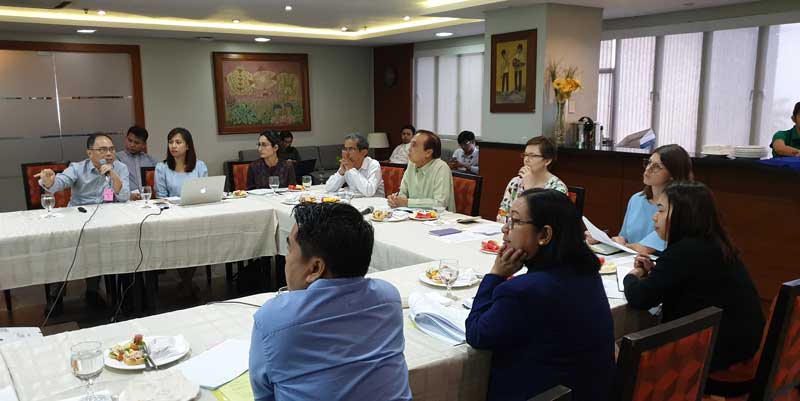 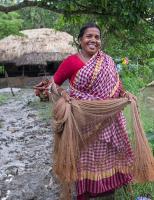 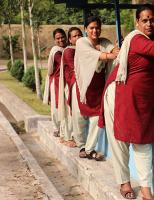 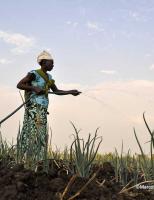