In 2020, 23 per cent of the world’s population lived in fragile contexts, including 76.5 per cent of all those living in extreme poverty. While women comprise about half of the population in fragile and conflict-affected contexts (FCAS), there are often major gaps in how interventions in these settings consider their inclusion and empowerment. Our Systematic Review’s motivation builds on the evidence suggesting that women and girls are particularly affected by fragility: for example, sexual assault and exploitation of women are often used as tools of war (Willman, 2013), while other sources of economic, social, and political inequalities are exacerbated by fragility (OECD, 2017).

Last year marked the 20th anniversary of Security Council Resolution 1325 (UNSCR 1325) on Women, Peace and Security, a resolution that recognises the inordinate impact of violent conflict and war on women and girls and their role in sustaining peace. Despite significant evidence demonstrating the importance of promoting gender equality in FCAS, there remain gaps in the evidence with respect to the effectiveness of such interventions.

3ie’s recent evidence gap map on building peaceful societies identified a cluster of evidence evaluating women’s empowerment and gender equality outcomes of interventions in FCAS. This was the starting point for an ongoing systematic review, which focuses on the effectiveness of interventions around strengthening women’s empowerment, gender equality and the role of women as agents of change in fragile contexts.

Systematically searching for and synthesising evidence can increase understanding of which interventions best lead to certain outcomes and improve the effectiveness of programming in the long run. The review is funded by the German Federal Ministry for Economic Cooperation and Development (BMZ) and will inform their Transitional Development Assistance strategy and the design of future programmes targeting FCAS.

Our theory of change acknowledges that, in addition to their direct contributions to peacebuilding efforts, women play a key role in enabling environments for lasting peace and resilience in contexts of fragility. As a result, we are searching for studies of interventions that seek to promote women’s empowerment and gender equality, but also sustainable peace, human security and wellbeing. The interventions we are looking for aim to remove barriers at the individual, household, and community levels through a gender-specific or transformative approach. Thus, the interventions could focus on lack of education or lack of agency for women, intimate partner violence or gendered community norms. Our review aims to include rigorous randomised and quasi-experimental impact evaluations in fragile contexts in low- and middle-income countries.

To build greater understanding around the role of women as agents of peace and change in fragile settings, we need your help. If you are aware of any relevant studies, including impact evaluations, especially those which have not been yet published or are ongoing please send them to Etienne Lwamba (elwamba@3ieimpact.org) and/or Meital Kupfer (mkupfer@3ieimpact.org) by 28 February 2021. If relevant, these studies will be included in our analysis and our final systematic review, to be published in the coming months.

It is hard to get clear what sources you are tapping into and what might be very important data sources that you are not yet including.
So I may be repeating what you already know.
There is a lot of work done by the Quakers in UK at Woodbrooke https://www.woodbrooke.org.uk/
There will be materials at Oxfam UK for sure, and the African Women's development Fund will have access to many local African women's INGOs.
I could go on but with a grasp of what documents you have scanned and what else you need there is a plethora of sources.

Hi, the detailed protocol for the SR will be published soon on the Peacebuilding webpage (https://www.3ieimpact.org/our-work/peacebuilding). The protocol includes details about our data sources and our approach to reviewing the evidence. In brief, the method we have employed is to apply a search strategy on academic sources, search grey literature, run citation search for our included studies and run journal searches for our included studies. What works to empower women in fragile settings? 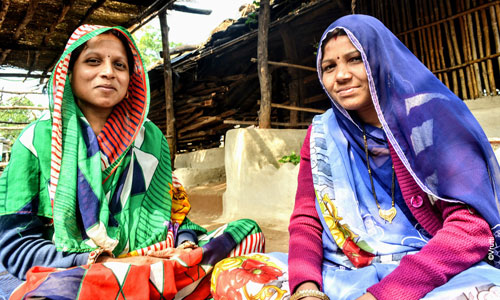